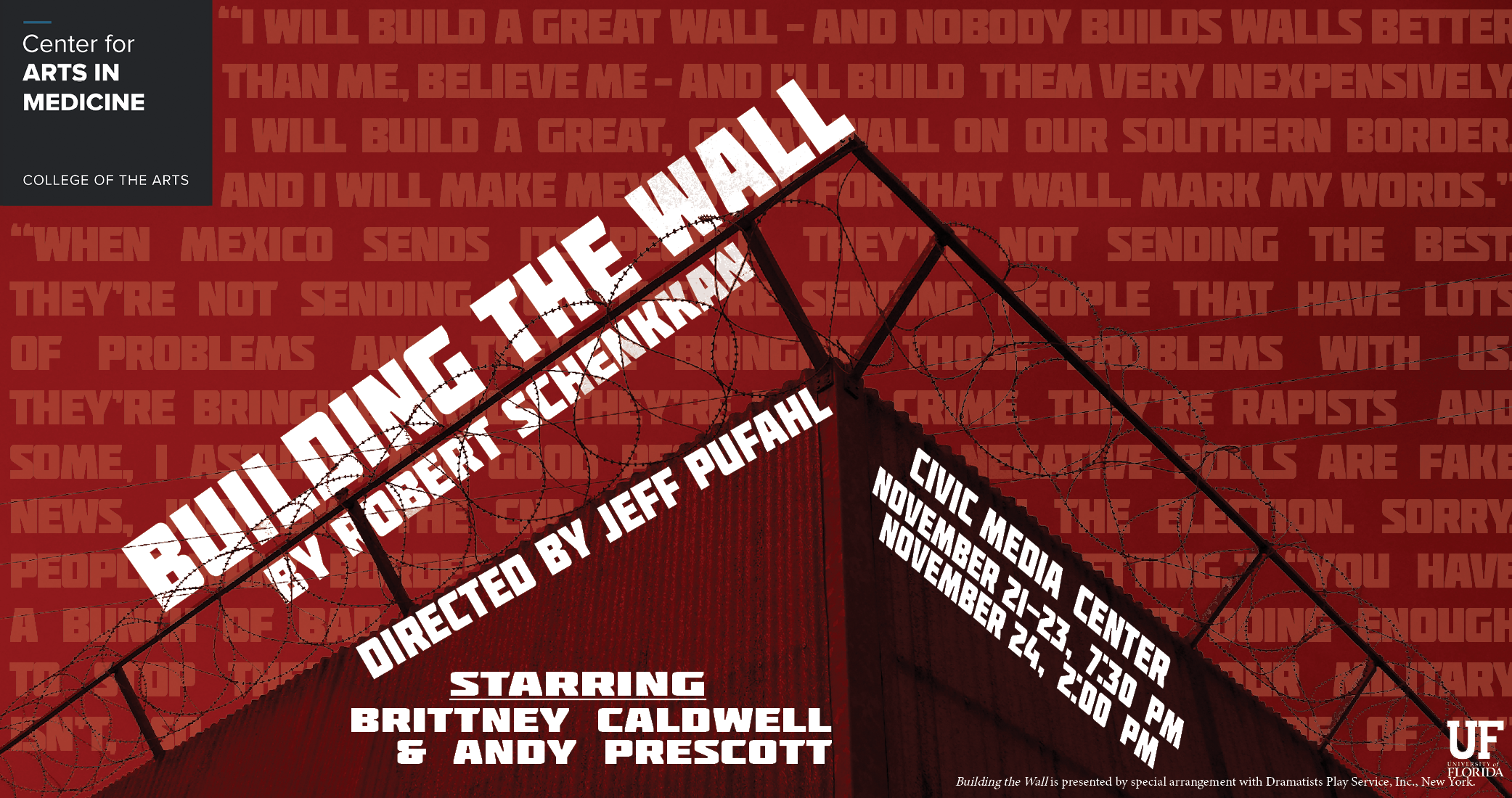 Written just weeks after his election in 2016, Schennkan’s play projects the consequences of President Trump’s anti-immigration campaign rhetoric turned federal policy. Building the Wall takes place two years into an imagined Trump presidency, where that policy has resulted in the mass round-up of millions of undocumented immigrants, with their incarceration overflowing into private prisons and camps reminiscent of another century. The play focuses on the former warden of one facility, Rick, who is awaiting sentencing for what happened under his watch. In a riveting interview with Gloria, a historian who has come seeking the truth, Rick gradually reveals how the unthinkable became the inevitable.

Proceeds of this event will be donated toward the The Human Rights Coalition’s Community ID Drive.

The overarching goal of this project is to create a stronger understanding of the health concerns surrounding detainment and child separation, as well as educating community members of the resources available to undocumented immigrants. Each performance will feature a talk-back that aims to answer any questions, comments, or concerns surrounding the immigration crisis in the United States.

Presented in collaboration with the following community stakeholders and local organizations: